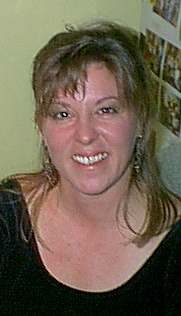 Love of music and nature have defined Barbara Boudreau’s life and driven a wanderlust that led her from the Bering Sea to the high plains savanna of central Africa, to six years in Hiroshima, Japan. Exhausted from all the jet lag, she finally settled in Gloucester, MA with her jazz drummer and sailor husband, Al Boudreau. Together, they make music on a regular basis with their jazz band.

Boudreau became a novelist when the characters and story of The Frenchman were born onboard the sailing vessel Offbeat in February, 2009 when she and her husband were stuck by the weather in Spanish Wells, Eleuthera, Bahamas. Barbara woke from a dream of the first scene, got up and wrote it down, and in several months, it was a book.

By day, Boudreau works as an Interpretive Coordinator for Mass State Parks and is a Certified Interpretive Guide, which enables her to tell stories every day. She has a B.S. in Fish and Wildlife and an M.S. in Natural Resources and has published articles about conservation, interpretation and sailing.